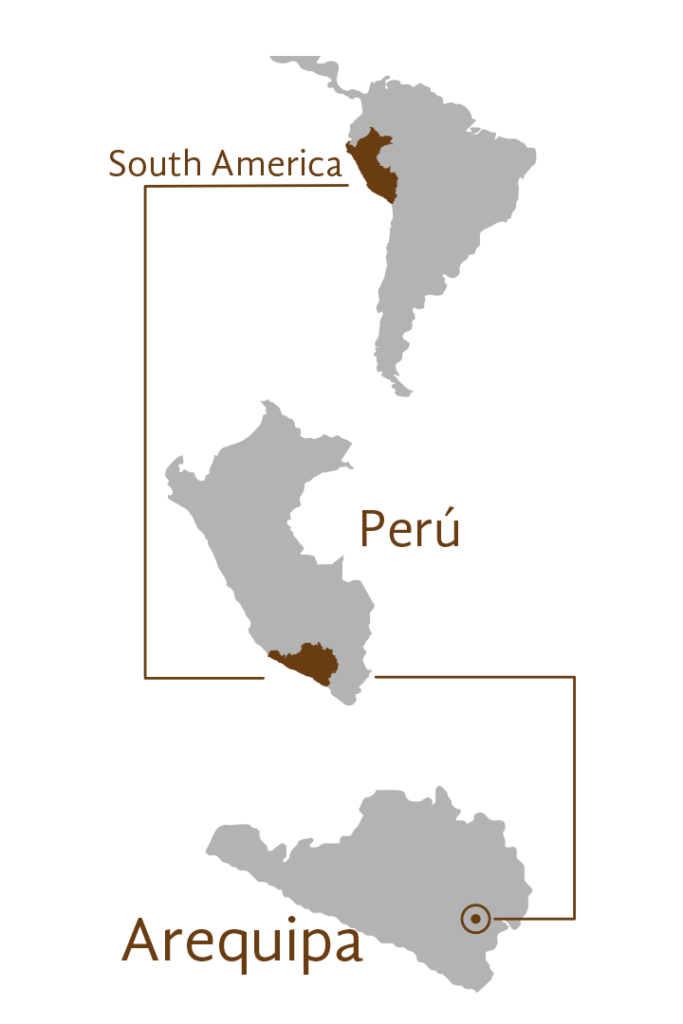 Arequipa is more than anyone can imagine

Arequipa is an entire state located in Southern Peru counting with many touristic and geographic attractions as it encompasses portions of the coast and mountains (Peruvian Andes).

Sightseeing is breathtaking and highly varied, including beaches, lakes, mountains, volcanoes, valleys, rivers, canyons and the majestic Cordillera de los Andes, all of them with an extremely diverse flora and fauna. Whether you are looking for solace and peace, anthropological tourism, cultural experiences, adventure tourism (Cotahuasi Canyon is the deepest in the world and frequent attraction for white water rafting) or growing friendship, you will always find something that pleases your mind and soul.

Within the Cordillera de los Andes (Andean Mountains), three of them dominate the view and surround the city of Arequipa. Their names are Misti, Chachani and Pichu Pichu. It is impossible not to see el Misti (photographed here), still in activity, from any location within the city. It has become a main topic of conversation for local and visitors, a geographic attraction and a point of interest for hikers and mountain climbers who wish to trek this colossal lava volcano and reach its snow cap and crater. 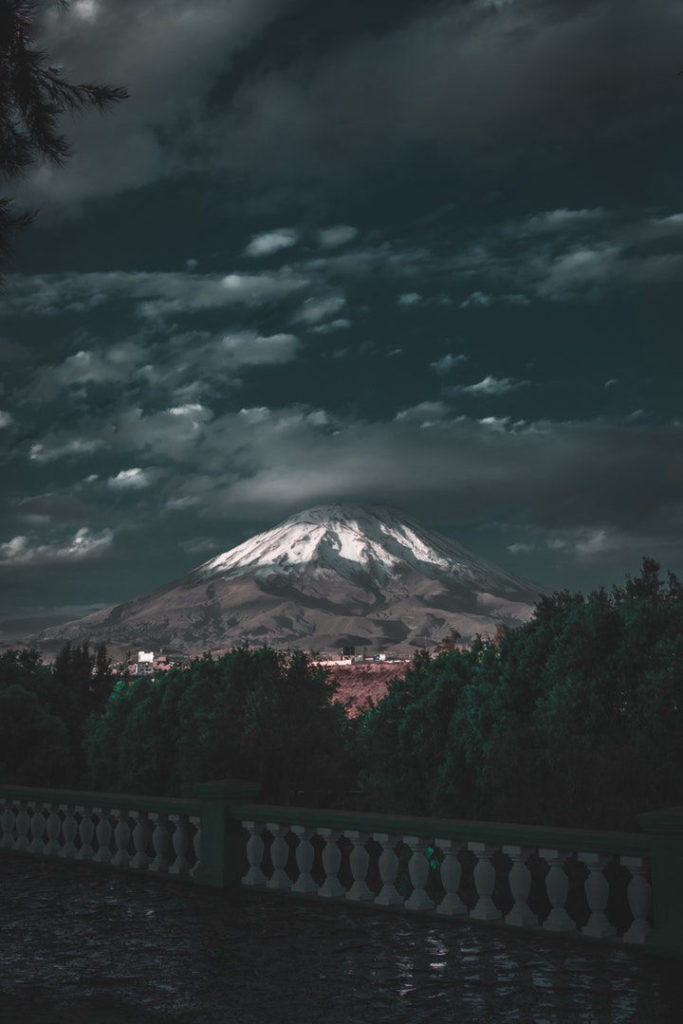 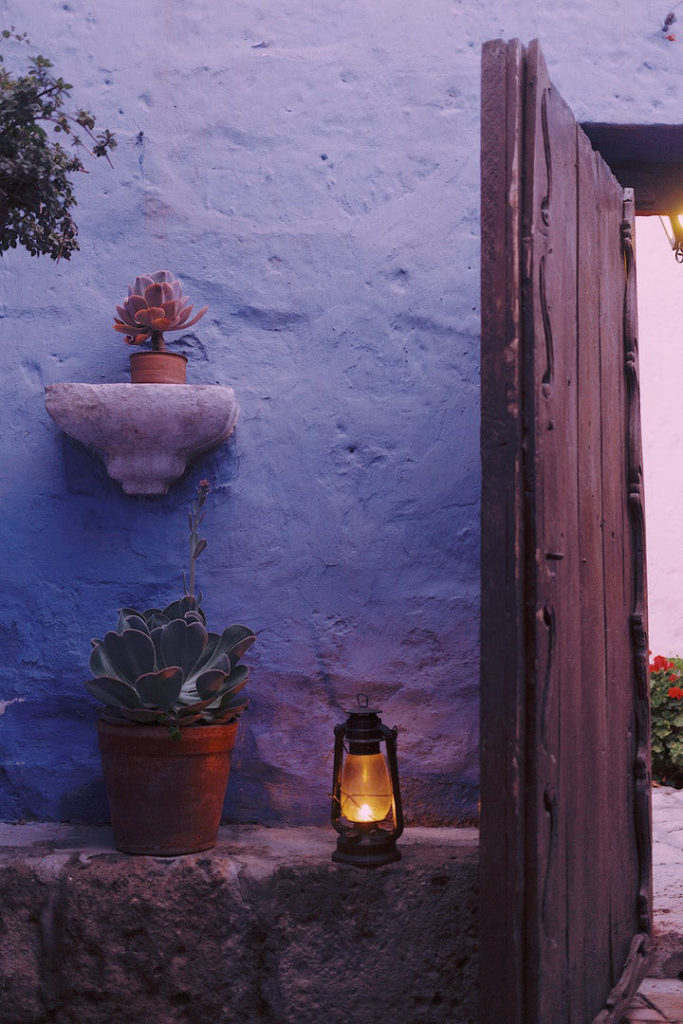 The city of Arequipa is also known as “The White City”. Among many and diverse reasons, one of them refers to the wide spread use of sillar (white lava stone) in its buildings and constructions, giving the entire city a peculiar white appearance.

Arequipa is an intertwined “mestizo, criollo and hispanic” city. From the initial pre-hispanic Inka foundation, a heavy colonial and republican influences lead to build an old city using carved sillar (white lava stone) in its buildings. It included many churches and convents (you will find one almost every other block) with Spanish baroque style facades and similarly intricated yet gorgeous gold-leaf veneered wood carved interiors. The “year-round” template weather will allow you to enjoy a visit through the Historical City Center, declared by UNESCO as a Cultural Heritage of Humanity, very comfortable, any time. 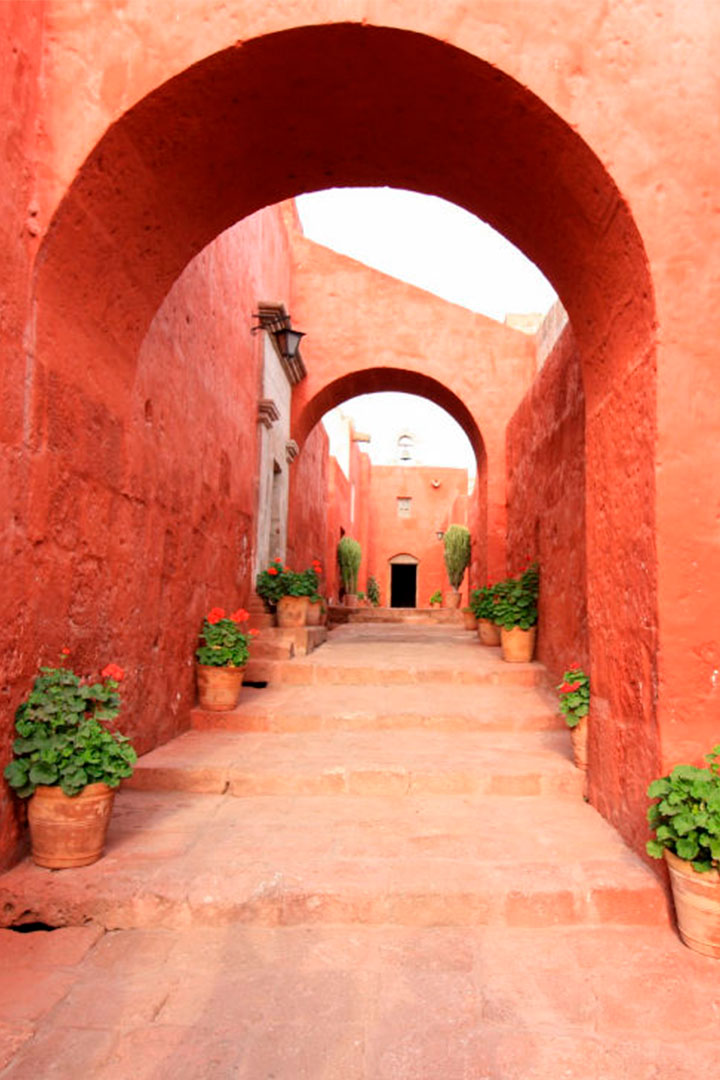 On some areas, the pre Inca and Inca legacy are stronger, as is the case in some of the adjacent counties and cities located in the highlands of the region. Visiting the Colca and Cotahuasi Canyon you will find many small cities where their habitants have preserved individual, social and cultural traditions. Their colorful hand made dresses are still worn in daily basis.

In Arequipa City, some districts adopted the original pre-hispanic names, such as, Yanahuara, Cayma and Sachaca. They have turned into modern cities. Indeed, Arequipa originated from the quechua word Ari Quepay, as mentioned earlier. 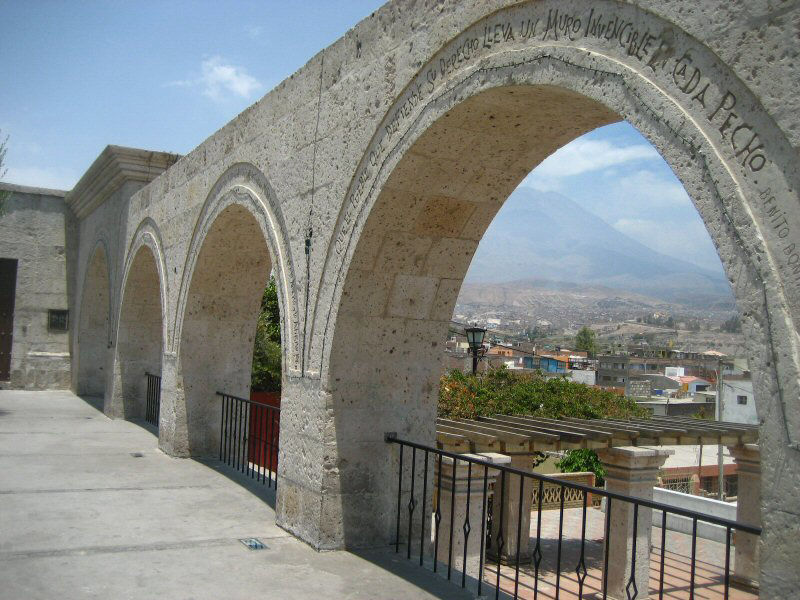 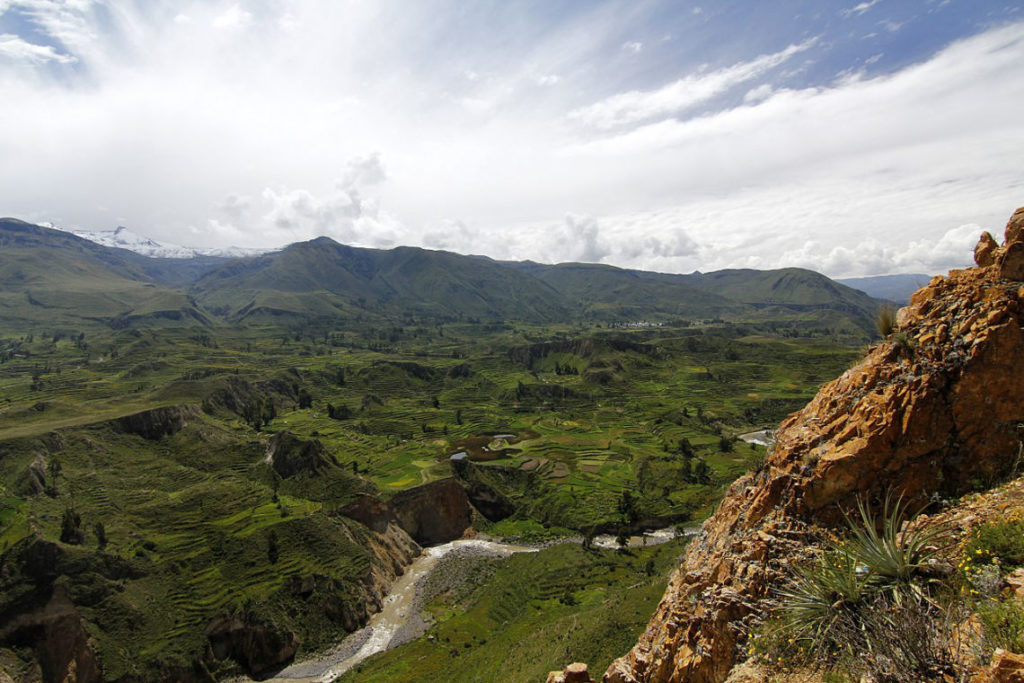 Colca Canyon and its River originated from the Quechua word “Qolqa”. Qolqa refers to the places were preservation of food was pursued in certain locations close to river beds.
Cotahuasi Canyon is the deepest in the world, also known as “The Canyon of the Wonders” due to its breathtaking sightseeing and variety of flora and fauna. There are places where “condors” can see flying as their heavy weight require massive wind tunnels to lift off. 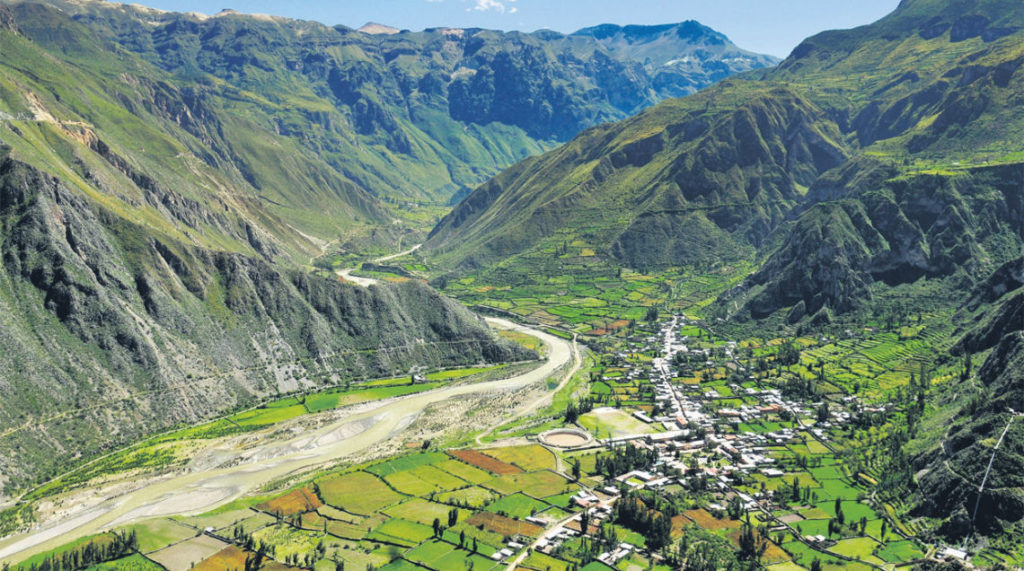 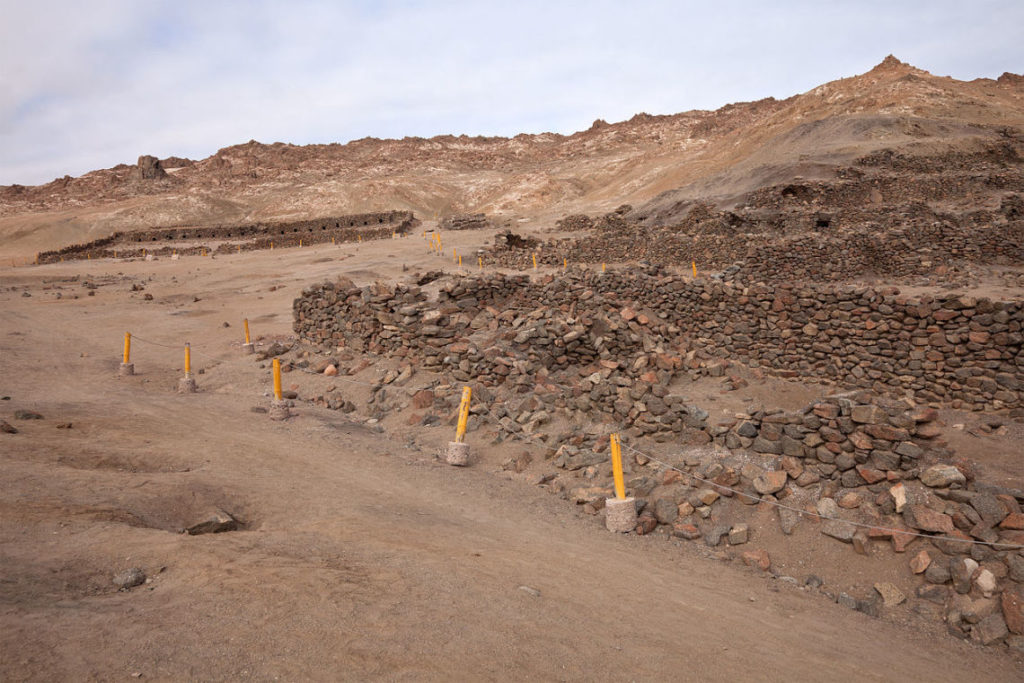 In the southern portion of Arequipa, Puerto Inca is a unique archeological place, as it is among the very few pre-hispanic cities located in the southern coast of Peru.

The “mestizaje” lead a to develop an extremely rich gastronomy. The unique flavor and taste of its dishes was achieved using the fresh local produce from its fertile lands and others brought from the nearby coast and mountains. Seasoning enhanced the flavor using local salt from “salineras” in the mountain contained () but mainly due to locally grown spices and “ajíes and rocoto” (hot peppers and hot berries) that only grow locally and are unique to the area. On a “picanteria”, at lunch time, it is traditional to be served, “ a chupe” (rich soup-like dish, one different but specific for every day of the week) followed by a main dish (entrée) or strong dish and a glass of chicha (fermented drink made from germinated blue corn). Picanterias are the traditional restaurants. Their dishes are impossible to replicate outside Arequipa. They cook using preserved elements of “old cooking techniques”, including terra-cota vases and dishes directly placed on wood fire. “Picante” means “spicy hot”, however, don’t be afraid as they have secret techniques by which mainly the flavor of hot peppers and berries are infused into the dishes with only mild kick or perhaps none if so you desire (ask for it). 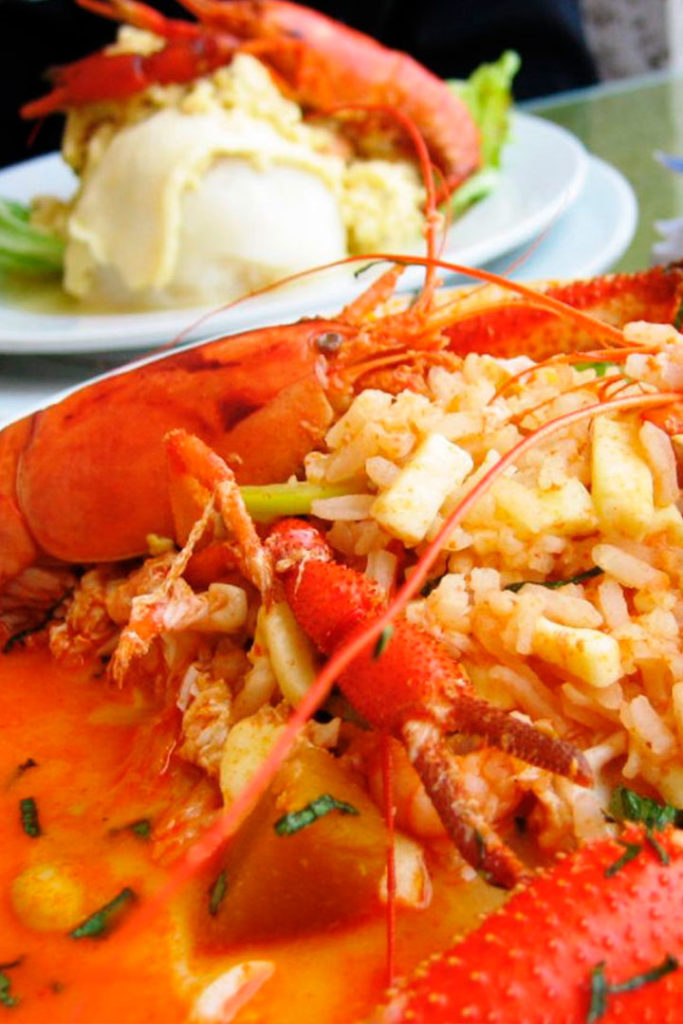 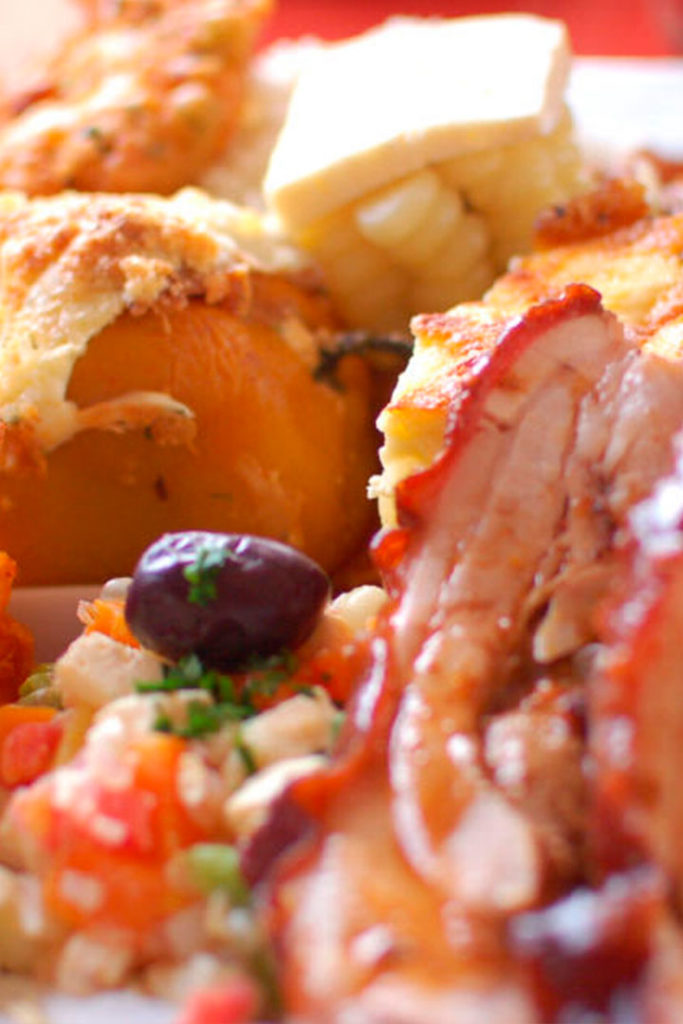 “Americano” is a traditional ‘picanteria” dish that includes smaller portions of four or more of the dishes prepared that day. It was popular among land laborers at the end of their journal.

“Caldos o chupes” are soup-type dishes which obtain their flavor exclusively due to long cooking of meats, legumes, sea food, potatoes and other vegetables. Nothing added or artificial. Among them, we have Chupe de Camarones (Shrimp Chupe), Cauchi de Queso (Fresh cheese Cauchi), Adobo de chancho (Pork Adobo- a must try) and many others. Adobo de Cancho is the most traditional and popular dish among locals. Usually cooked on Sundays starting at 4AM it would be ready to be served to patrons in early or mid-morning. It is typically accompanied by freshly baked “tres puntas bread” and te piteado (tea with a dollop of anise liqueur). It is the local equivalent of a colonial Sunday brunch.

We could not forget to mention that there is one and only one specific “Caldo o Chupe” prepared every day of the week. On Monday, Chaque. On Tuesday Chairo. On Wednesday Chochoca. On Thursday Menestron. On Friday Chupe de Pescado. On Saturday Caldo de Lomos. On Sunday Puchero. You would find no similarities between one or any of the others.

Besides fertile lands, Arequipa’s rivers in Majes area provide “Camarón”, a unique river water crustacean that looks like a crawfish, has softer cover like a shrimp and has a somewhat sweeter flavor than lobster. We could not describe its flavor, in spite of our best attempts but, we would invite you to try it on Ají de Camarones. There will be nothing left on the plate.

Our name Mision and vision values